Recently I discovered a wonderful Spanish TV series called "Gran Hotel". Instantly I got hooked. Taking place in the beginnings of the 20th century, it has a perfect combination of murder, intrigue and romance.

Set in the idyllic northern Spanish countryside, the series begins  with a young man that comes to the hotel searching for his sister, who works there as a servant. He found she just disappeared, so he decided to stay in the hotel, disguised as a waiter to uncover the truth.

In the hotel no one is what they seem to be.  But I won't tell you any more! Well, only that this young man, Julio, fell in love with a beautiful girl called Alice. 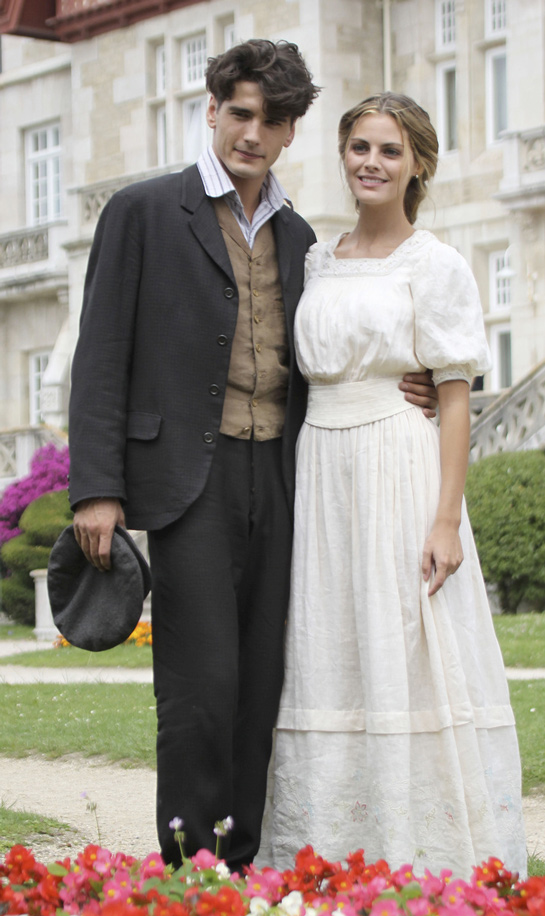 Since I liked the series so much, I decided to paint a portrait of the lovely couple and an imaginary map of the place where the series develops, including not only the hotel, but Cantaloa, a little town near the hotel. 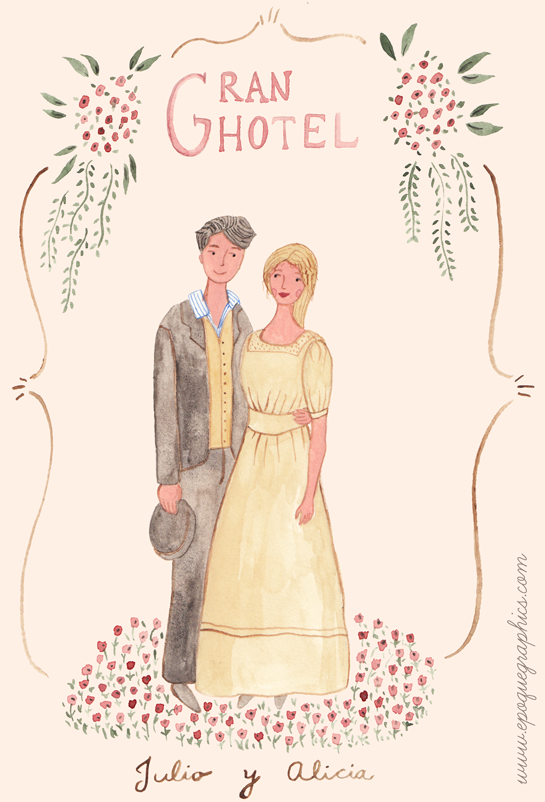 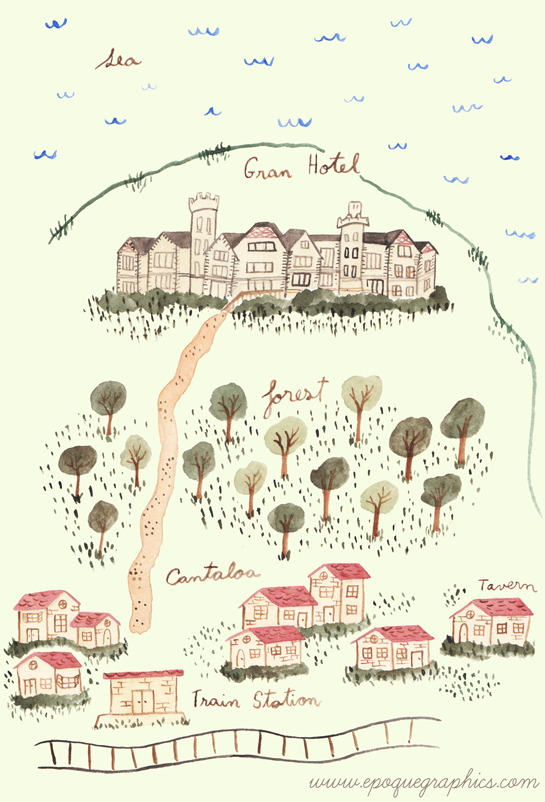 I discover that I really like to paint illustrated portraits, such as this, so maybe in the future I will offer this kind of service.
Publicado por Ale en 08:00 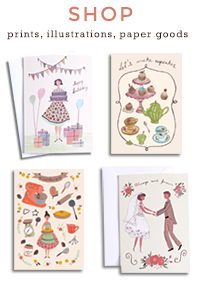